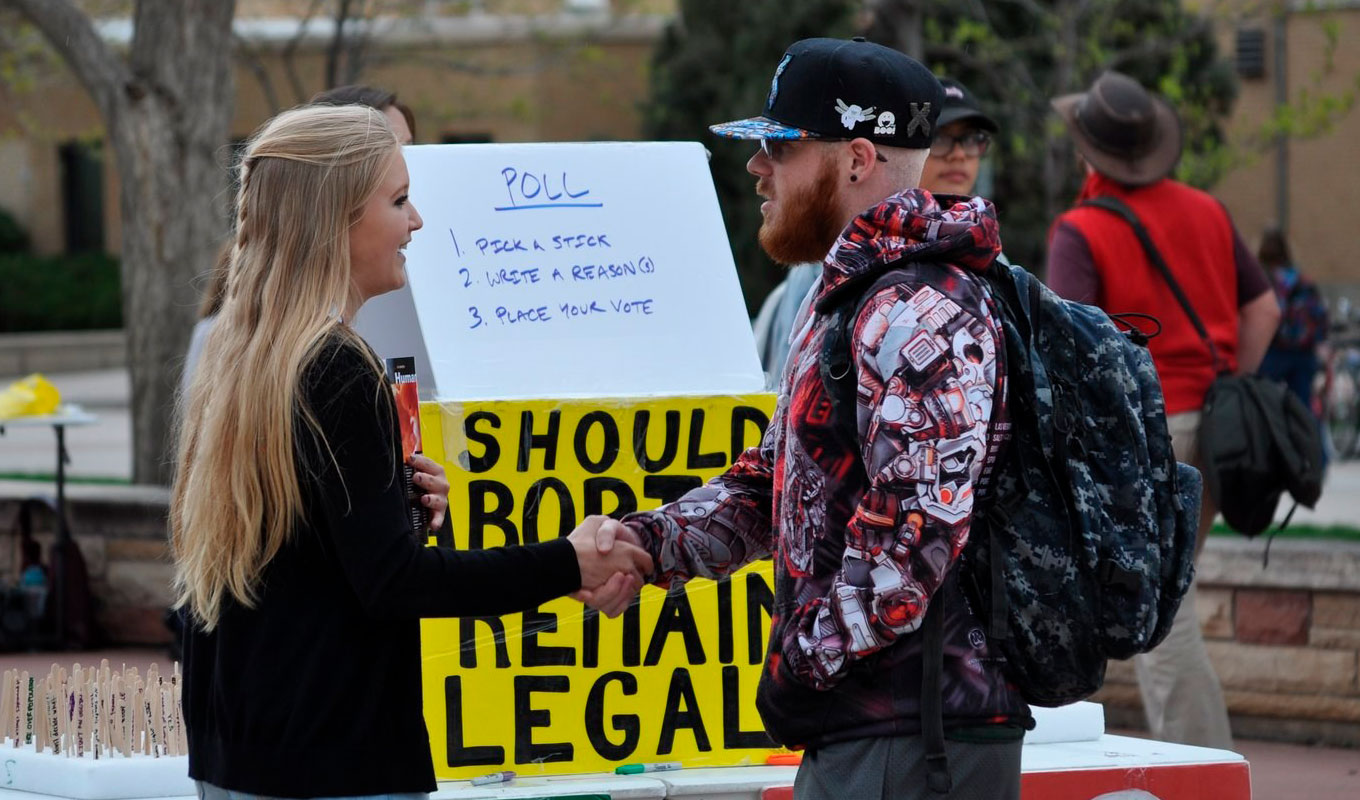 25 questions to create a dialogue on abortion

Samaritan member Stephen Wagner is the Executive Director of Justice For All, a ministry that helps pro-lifers talk respectfully and persuasively with those who disagree with them. In his book Common Ground Without Compromise: 25 Questions to Create Dialogue on Abortion, Steve suggests 25 questions (listed below) you can use to create dialogue on abortion and models how to discuss each question with a friend or acquaintance.

The book also includes additional questions for reflection and helpful endnotes to aid study of each topic. It is written as a letter to both pro-choice and pro-life people, so you can encourage a friend to read along with you. Visit commongroundbook.com to request a free copy of the ebook that you can use to to start a conversation.

1. What do you think about late-term abortion?

2. Should abortion be used as a form of birth control?

3. Do you believe men should have the choice to abort their fetuses?

4. What do you think about aborting a fetus simply because she is female?

5. When a wanted fetus presents a threat to the health of the mother, should we avoid abortion if possible?

6. Would you prefer that there were fewer abortions?

7. Do you believe some reasons for abortion are more understandable than others? Which ones?

8. What do you think about callous, light-hearted, flippant abortions?

9. What do you think about a situation in which a woman goes against her deeply held beliefs to have an abortion?

10. What do you think about abortion if the unborn has been diagnosed with Down syndrome?

11. Should abortion be legal through all nine months of pregnancy and for any reason?

12. Should we encourage women to view pictures of the results of abortion before they have one?

13. Do you believe what is removed during an abortion is a new whole organism of the human species?

14. Is abortion wrong if it causes pain to the fetus?

15. If a couple gets pregnant, should the man shoulder half of the responsibility of caring for the child?

16. Is it right for boyfriends and parents to pressure women to have abortions?

17. Should parents be allowed to weigh in when an underage daughter is seeking an abortion?

18. Should women be encouraged to consider adoption?

19. Would you support education on how to prevent pregnancy?

20. Do you support the sort of abortion that protects children?

21. Do you think some women should be forced to abort?

22. Are you opposed to sexism and racism?

23. Do you believe it is sad and tragic when a woman dies from

an abortion, whether it is an illegal back-alley abortion or a legal abortion?

24. Do you believe it’s important to respectfully consider the opinions of those who disagree with you?

25. If we avoid discussing abortion in public, does that help the men and women struggling with past, present, or future abortion decisions?

Stephen Wagner is executive director of Justice For All.