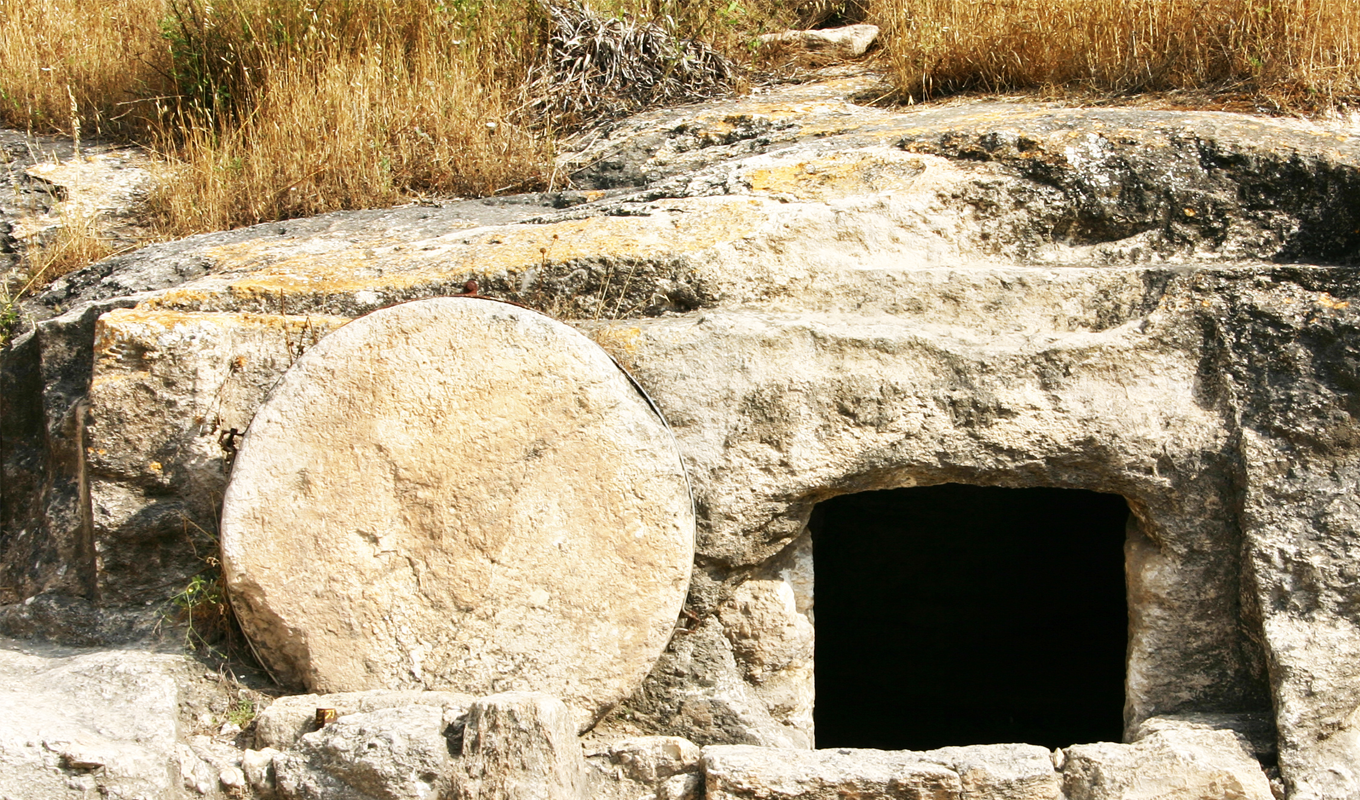 Three words revealed that sin, death, and the devil were defeated foes. That redemption, forgiveness, and reconciliation would have the final word. That Jesus Christ was alive—and victorious!

The Resurrection of Jesus Christ is the hinge of human history and the guarantee of a glorious future for all who trust in Him.

All of history led to that miraculous morning at the tomb. Since the dawn of that morning—which was not just the dawn of a 24-hour day, but the breaking dawn of eternity on our horizon—all of history has been advancing to its glorious culmination when the perishable puts on the imperishable, and the mortal puts on immortality (1 Corinthians 15:54).

The Resurrection is the most important event that has happened to this point in human history.

Without the Resurrection of Jesus Christ, Christianity is just another religion or philosophy. If Christ has not been raised, then our faith is in vain (1 Corinthians 15:14).

Is there eternal life? Deliverance from sin and suffering? Peace with God, with others, even within our own heart?

In the absence of the Resurrection, we’re left with the empty promises of fading philosophers and empires.

The reality of the Resurrection is the foundation of our faith. It proves the power of what happened on the cross.

On that Passover Friday 2,000 years ago, Jesus showed His ultimate love for us, allowing Himself to be beaten, mocked, and crucified for our sins, though He was sinless (2 Corinthians 5:21). Because of love, the Author of Life allowed the ones sustained by His very breath to use that breath to take His.

The screen darkened. The story appeared to be over. There was no earthly hope left.

But the Author wasn’t done yet. The story wouldn’t end at the tomb.

In accordance with the promises of Scripture, on the third day Jesus rose from the dead (1 Corinthians 15:4)!

How glorious that moment must have been! Was it a whisper—“Wake up”—from the Father? What was it like when the perishable put on the imperishable, when the natural body was raised a glorified, spiritual body, when weakness was raised in power (1 Corinthians 15:42-44)? Maybe we’ll be able to see a replay when we’re with Him in glory!

But now we must get the word out. In Matthew 28:1-8, even the angel’s announcement of the Resurrection was so overwhelming that highly trained, brutal Roman soldiers “became like dead men.” Even so, while the soldiers were immobilized, the women at the tomb could still talk with the dazzling angel! What a picture of the transforming power of discipleship. Followers of Christ could experience the glory of God whereas the power players of this life could not. So, we want to see all become disciples.

The Word is alive

Let’s never, ever forget about that Resurrection morning, because the living hope and new life found in our Risen Lord stands in stark contrast to every other belief system this world has to offer.

Our hope is not in a set of teachings, a moral code, or our ability to earn God’s favor through our good works. Our hope is in a crucified, resurrected Savior, who takes those dead in sin and brings them to new life.

We haven’t gone from being wrong to now being “right.” We’ve been taken from death to life.

The founders of other religions and creators of worldly philosophies are dead and buried. Their words may be repeated—even millions of times over—but we have the Living Word. A Savior who has faced death and is now alive.

Without the Resurrection, our faith would be in vain (1 Corinthians 15:17). That means that faith in anyone or anything outside of the resurrected Savior is in vain. What a sobering truth! This is why, like the women at the tomb, we carry the good news of the Resurrection to others. Jesus died and was raised from the dead so that they too can share in new life.

Finally, let’s remember that every follower of Jesus Christ will one day be resurrected. Whatever we may be called to endure in this life, we can be assured that God will have the final word through the Resurrection.

Providentially, the first day when Jesus walked with His glorified body was the Biblical Feast of Firstfruits, a celebration of the firstfruits of that year’s harvest (Leviticus 23:9-14). It was an anticipation of the harvest to come.

The Apostle Paul said that Jesus’ Resurrection was the “firstfruits” (1 Corinthians 15:42-55), as well. It was the first of an eternal “harvest,” this time not of crops but of glorified humanity. Jesus’ glorified, imperishable body was the first of many, reminding and guaranteeing us of our future glorified bodies.

It’s because of what happened quietly in that Jerusalem garden that believers will be welcomed into a new garden in the new Jerusalem, a place of unimaginable splendor where we will experience “the water of life, as clear as crystal, flowing from the throne of God and of the Lamb down the middle of the great street of the city. On each side of the river stood the tree of life, bearing twelve crops of fruit, yielding its fruit every month. And the leaves of the tree are for the healing of the nations” (Revelation 22:1-2).

The hinge of history that turned that Passover weekend is opening a door to the new heavens and new earth. It revealed to us where human history is going.

And blessed be that day when the door is fully open.