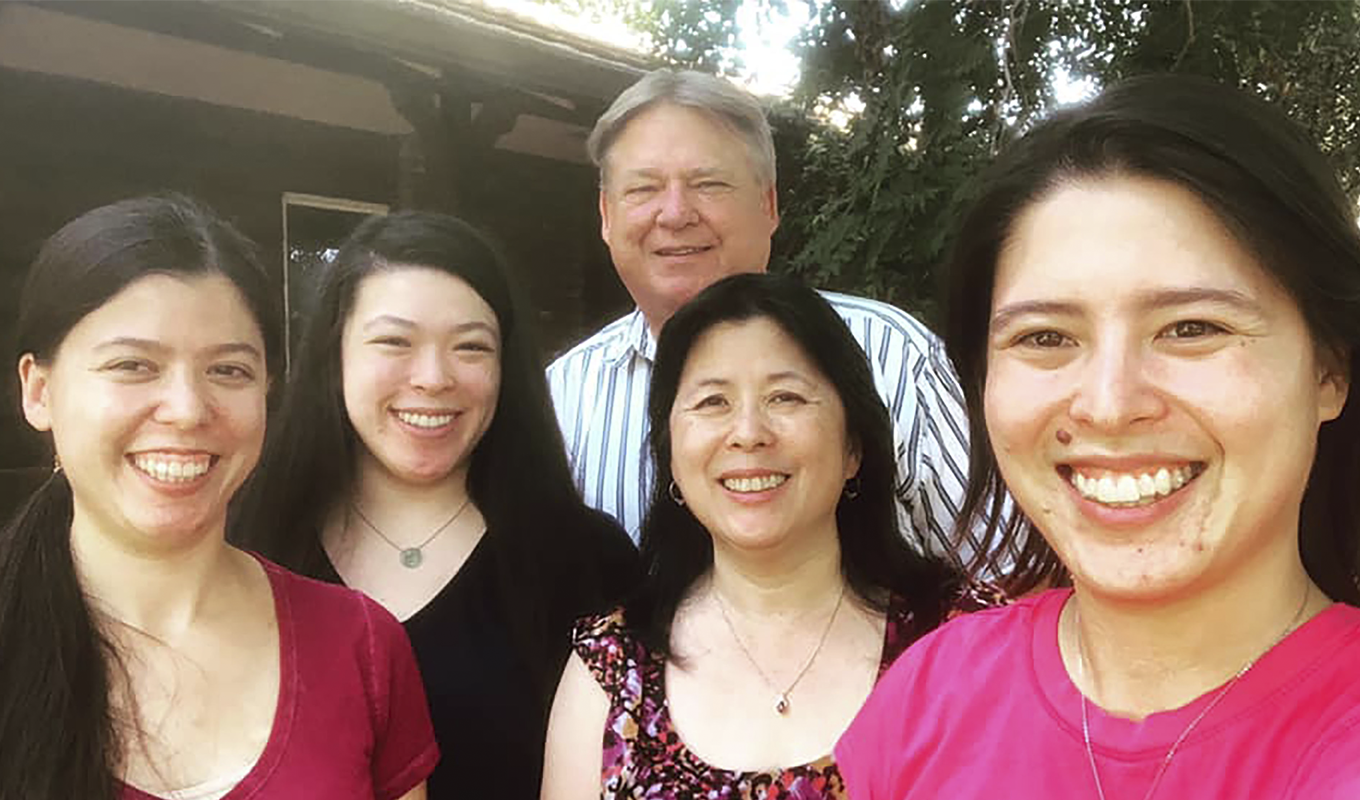 Helping our children keep God at the center of their education

Samaritan parents share how a Biblical foundation guides their families

Immersing our children in the Word and in Christian activities is key to making their education a blessing, Samaritan Ministries parents say.

After reaching out in our Facebook Group, Samaritan Ministries Community, we spoke to parents who face the challenge of raising children in a world hostile to a Biblical worldview about how they prepare them.

Cliff and Maureen “Re” Loeffler with their daughters, from left, Grace, Audrey, and Victoria. (Supplied photo)

When Cliff and Maureen “Re” Loeffler were choosing the direction to go educationally for each of their three daughters, their decision was based on the needs of both their family and each child.

“Every parent, and even every child, will have a different ‘what is right’ for them,” Re says. “As a parent, we need to pray and listen to what God would have us do for that child, in our specific circumstances.”

The Loefflers live in a rural area in California with high poverty, and Re and her husband wanted to help give their children a wider view of the world, to support the Christian teachers they knew, to make a difference in the lives of other children in that community, and to be a visible example of Christ’s love. So, they chose public school.

“It was a ministry choice for our family, and we taught our kids at home the things we knew they were not getting at school (educationally and spiritually),” Re says.

It wasn’t always easy. Because the girls have mixed ethnic heritage—Re’s is Chinese and Cliff’s is European—they were bullied, which was difficult enough, but they also faced hostility to their Christian beliefs.

However, Re believes, their daughters were prepared for challenges to their beliefs because of the strong Biblical foundation they had at home.

“They were prepared to be able to stand up for their Christian beliefs in God and the Bible, when there were others—teachers, other students—in the school who did not share these same beliefs,” Re says.

Re says there are gaps in each type of educational choice, and that parents need to find ways to fill those gaps.

“It’s important to be intentional and purposeful knowing that whatever choice you make will not fulfill all of the educational and spiritual needs of that child,” Re says. “You need to go outside and look for opportunities. Let others minister to them; you may have to supplement educationally, morally, and emotionally.”

For the Loefflers, any difficulties or extra work on their part was worth it because they met people with whom they could share the Gospel. They’ve been involved in taking children to church and vacation Bible school, sending them to church camp, and speaking Biblical truth into their lives.

Stephen and Michelle Tierney with their children, Avarie, Aly, and Andrew. (Supplied photo)

Stephen and Michelle Tierney’s three children have all gone to public and private schools, but the Tierneys have made sure their family’s foundation is their faith.

“I think the key is to have them in a great youth group,” Michelle says. “Family also helps. Their aunts and uncles live nearby and are always pouring into them.”

Stephen started a charity, Up and Running Again, in 2010 that was the subject of a 2018 Member Spotlight and has provided a unique way for his children to serve others. Up and Running Again helps people who might not otherwise have the resources to train for long-distance races.

“Our kids barely remember a time when we weren’t involved in Up and Running Again,” Michelle says. “They come and serve at the banquets and have all trained with the homeless. We’ve always served as a family, which is really important. Our oldest, Alyssa, is serving at a Christian camp this year. When she’s at school, she’s involved in a college group, a youth ministry team, and the church  she attends.”

The children’s training started when they were young.

“We started them in Awana (child discipleship program) as Cubbies, started them early on memorizing verses,” Michelle says. “We have a really strong family unit. Church has always been important to us, and serving in the church, going to church events, Sunday school—just having the solid faith and example of that in their lives at all times.”

Curriculum at the California public schools the Tierney children have attended has been challenging on moral and ethical levels. However, the kids’ and the parents’ involvement in school activities has also allowed them to bear witness to their Christian faith. Michelle led the local moms’ prayer group for 13 years, for example, and the kids have invited friends to church events.

“You don’t even know when or where you’re going to influence these other families,” she says. But, she warns, “If you do put your kids in public school, you need to stay involved. We were on the booster club, Parent Teacher Association. Everybody knew our face. Everybody knew our names. When things would happen, they would come to us and ask us to pray.”

Michael and Laurie Fuller have done a mix of home schooling and community schooling for their two biological children and three foster children, but all of their family’s lives have been permeated with Scripture, Laurie says.

“My way of thinking and communicating is to infuse Scripture into everything,” she says. “When I’m talking with kids about their having a childish disagreement or when we’re talking about doing their chores or about how they approach their schoolwork, I use a lot of Scripture. I grab a parable that Jesus taught or a story from the Old Testament, and say, ‘Here’s how this applies to this moment.’”

The Fullers home-schooled their two biological children until they reached junior high, then “God just moved in our hearts” and, after prayer and discussion, Henry and Charlotte started attending a public school. They had a year and a half there before COVID-19 restrictions landed them back at home.

The foster system required their foster children to be in public school, but COVID disrupted that, too.

One thing that helped is that the congregation they attend “is good at addressing apologetics issues to our kids at their level for the kinds of challenges they’re going to face,” Laurie says.

“I would hope that they’re able to look back on their lives and see the truth of God and His presence, that they can see where He protected them, where He guided them.”

When their older children switched from home schooling to public school, “they really stood out from their peers,” Laurie says.

“One of the things was the coarse language,” she says. “My husband and I advised them to just kind of ignore it, ‘Don’t talk like that, because people will notice when you don’t.’ And, very shortly after that, their peers started noticing and started adjusting their own language and apologizing.”

She advises parents with children getting ready to embark on their education to “pray over the Scriptures.”

“Look for the stories that God impresses on your heart and what the angles are that stand out to you. The Holy Spirit works like that.

“Whichever way you go, you’re not going to do it all right, or feel like you’re doing it all right,” she says. “Be obedient with the moment you’re in.”