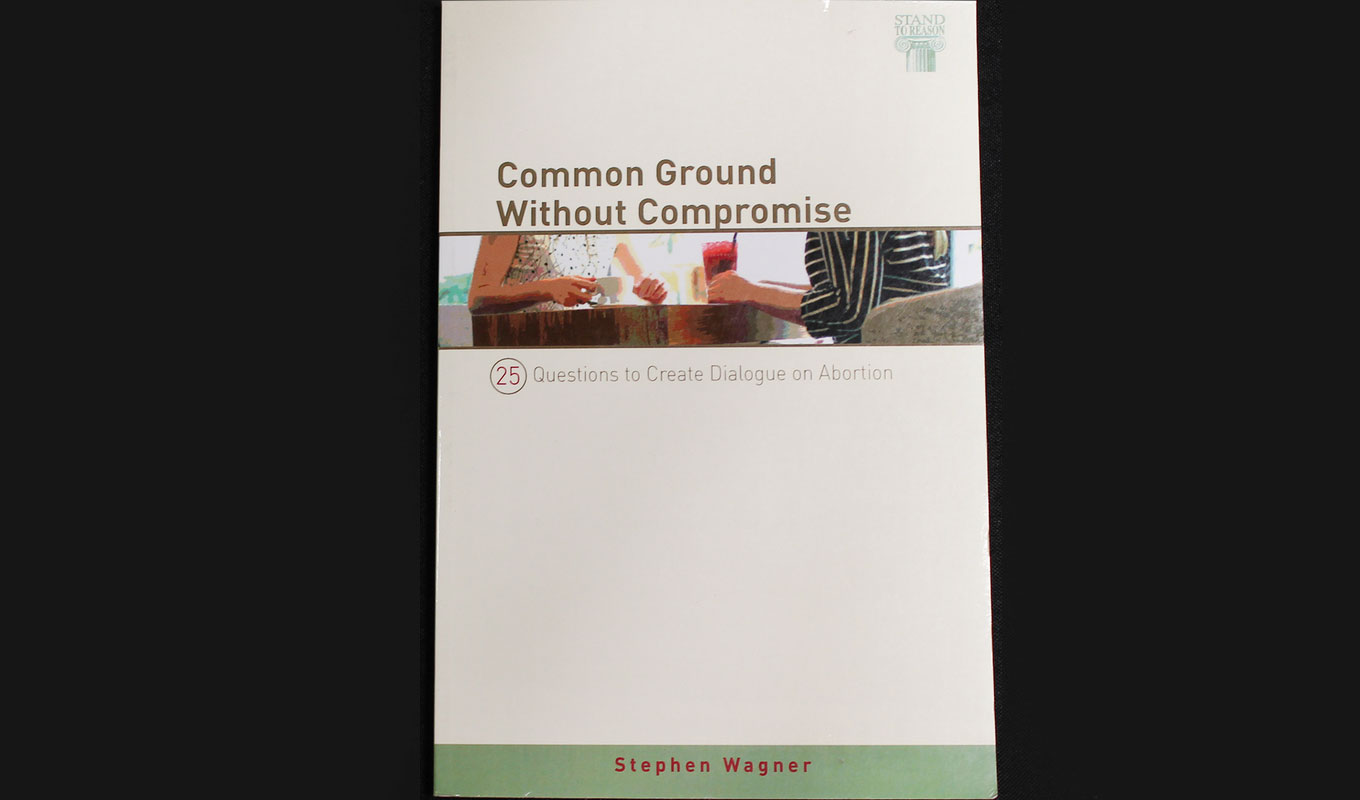 Insights on how to have a peaceful dialogue on abortion

Following are excerpts from Common Ground Without Compromise: 25 Questions to Create Dialogue on Abortion by Samaritan Ministries member Stephen Wagner of pro-life advocacy organization Justice for All, a ministry that helps pro-lifers talk respectfully and persuasively with those who disagree with them. The actual 25 questions are here.

"Abortion is not a sporting event. It isn’t a theoretical issue to be debated for fun. Abortion is a moral issue that profoundly impacts people and culture. It’s a decision that’s difficult to make. The truth about abortion matters because it changes the course of people’s lives. Unlike football, it’s not enough to just root for your team, ignoring other viewpoints. The stakes are high, so it’s important to make sure we’ve listened to all sides and considered whether we might be mistaken about some things."

"With this book, I’m suggesting we can strike a happy balance with an attitude of goodwill. I believe that you and I are both seeking truth, so we have at least one item of common ground. I’ll bet we have more. If we discover those first, then hopefully we can resolve some of our differences, too. That process requires asking good questions, listening, and believing the best about the other person in the process."

May I humbly suggest that we try to be humble? We believe we’re right, especially when we have good reasons for our views, but let’s remember some things we believe are false, so we should take the mode of a learner and listen to opposing opinions. After all, they may reflect an aspect of the truth that we have ignored until now. Instead of standing toe-to-toe, ready to beat on each other, let’s stand shoulder-to-shoulder and look at the abortion question together. Instead of assuming the other person is wrong, let’s make sure we hear each other.

Common ground is the place where two sides of a dispute intersect and agree. It comes in two forms. I can attempt to point out things in my belief system with which you can agree, even if you haven’t considered them before. I can also point out things in your belief system with which I can agree. I can actively pursue both forms of common ground, even if you are not as vigilant as I am. Of course, if we both seek common ground, we’ll find it quickly.

I try to agree with people whenever possible, especially if they disagree with me about something important. For starters, we have common ground with every human being, just in virtue of being human. In addition, most people share many common-sense notions about morality, knowledge, and the law. We can certainly find at least one belief in common with anyone we’re talking to.

Many of us think that in order to agree on anything, we must agree on everything. This is obviously false. We may agree on principles and not on applications. We may agree on a conclusion but disagree on reasons that support that conclusion. We may be able to find common ground on a solution to the problem of unplanned pregnancy, even if we disagree on everything else. Any point of agreement can be useful to dialogue.

Why are we afraid to talk about abortion? First, we don’t want to offend people or hurt someone’s feelings who has had an experience with abortion. Not only that, we think it’s a mistake to say anything good or positive about our “opposition.” We’re afraid of giving up too much ground, of giving up something important by acknowledging another point of view. We also know that if we hear an opposing view, we may change our minds. Really, discussing abortion is an exercise in considering how we might be wrong about it. That’s uncomfortable.