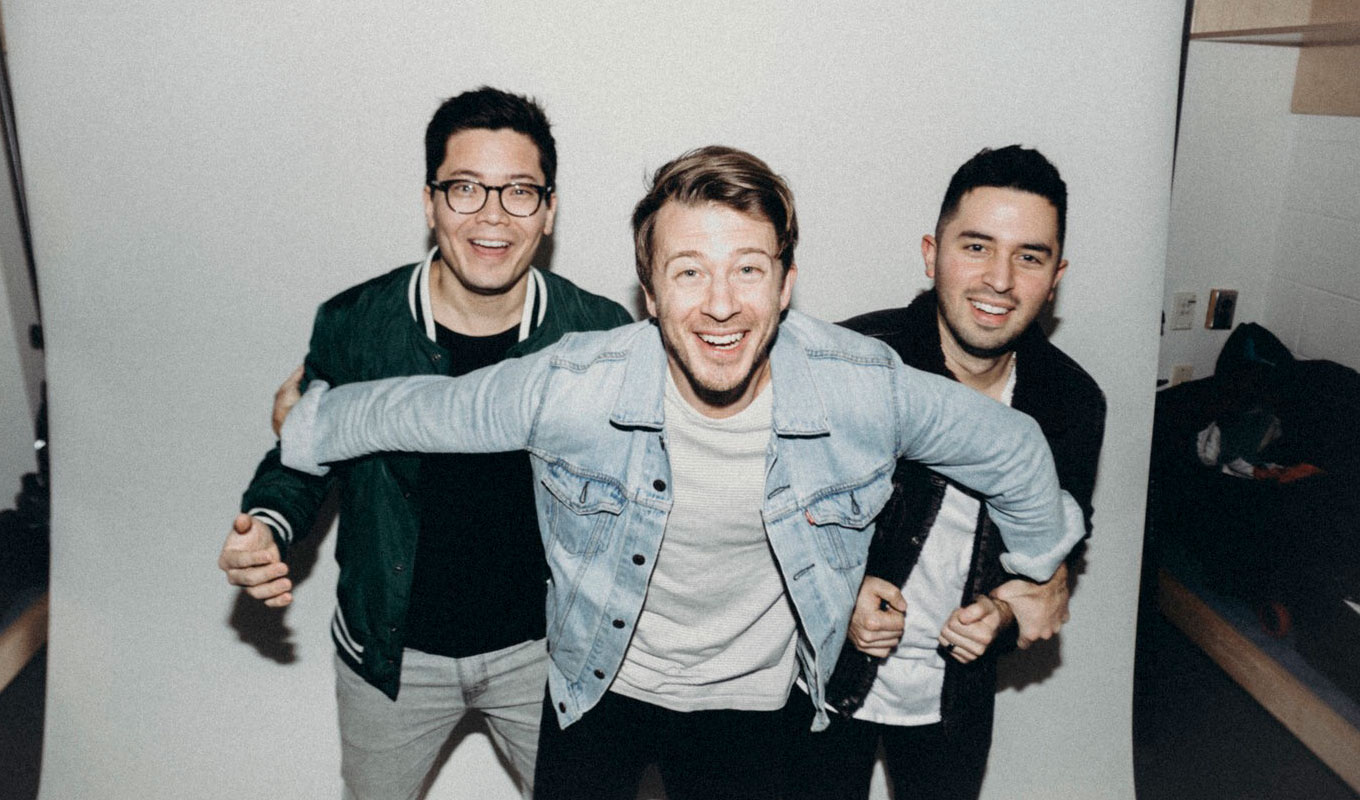 Mike Donehey has had lots of “Aha!” moments, and now we get to learn from them.

The lead singer and co-founder of the soon-to-say-farewell Christian band Tenth Avenue North has written Finding God’s Life for My Will: His Presence is the Plan. The book unfolds as a spiritual autobiography, charting Mike’s growth as a believer while also sharing lessons he learned at key points in his life—those “Aha!” moments.

The result is a peek inside a successful singer-songwriter’s beginnings as both a believer and a musician as well as the struggles he faces and has faced with various aspects of the Christian life. Examples of chapter titles are “42 Trips to the Principal’s Office,” “The Leader Label Lie,” “I Stopped Asking God to Use Me,” and “I Still Don’t Know What I’m Doing (Maybe I’m Not Supposed To).”

The book came from writing he would do while on tour with the band.

“I just decided I’ve got lots of things I want to say, so I might as well just drill ’em down while I’m flying, then it doesn’t take away from my home time with my wife, Kelly, and my four daughters,” Mike says.

He didn’t realize he had a book until a book agent said he did.

“It seems so audacious to say, ‘I’m going to write a book!’” Mike says. “It was more just these thoughts and observations I’ve been feeling for years and years. I feel like I have a unique perspective having toured the country for over 15 years and playing in thousands of churches of every denomination. It gives me maybe a unique, birds-eye view of the Church and what things a lot of people seem to wrestle with—myself included

I have a unique perspective having played in thousands of churches ... a birds-eye view of what a lot of people seem to wrestle with—myself included.

For example, Mike says he continues to face challenges of balancing ministry and family.

“You have to be constantly willing to make hard decisions,” he says. “Three years ago, my wife, Kelly, says, ‘You’ve got to cut the number of shows you’re doing in half.’ I said OK. My first feeling is, ‘Well, our kids are going to eat half as many meals, so I don’t know how we’re going to provide.’ But you choose what’s right for your family and what your capacity is and then trust that God will, in health, allow you to minister to the people He wants you to minister to.”

Mike says that for many Christians in entertainment or ministry, it’s the opposite.

“It’s like, ‘This is what God has called me to. The family’s just along for the ride,’” he says. “‘If I can be there for my family, cool. If not, it doesn’t matter, because I’m doing what God has called me to do.’ I would say there’s a tension of two truths, of where Jesus says in Luke 14 (paraphrasing), ‘Hey, if you’re not willing to leave your family in the name of Jesus, you’re not worthy of Me.’ But then Paul turns around and says in 1 Timothy 5 (paraphrasing), ‘If a guy doesn’t take care of his wife and kids, he’s worse than an unbeliever.’

“So you have this tension of loving the people that God’s put closest to you, and that’s where I go with proximity, that’s how your time and energy ought to look. Like I ought to put the most time and energy into my wife and kids, and then corresponding circles outward.”

In one of those circles is Tenth Avenue North, started in the early 2000s by Mike and other students at Palm Beach Atlantic University in West Palm Beach, Florida. After eight albums, several Dove Awards and nominations, and multiple tours, the group is disbanding after a farewell tour this fall.

Mike says other members of the group had been stepping down for the past year and a half to be home more or branch off into other careers. He was the one left standing.

“So everyone decided they wanted to be off the road and that kind of left me, and I could have kept the brand of the band going and hired a bunch of new people, but, to me, that feels dishonoring in a way to the other members, so I’ll most likely be moving forward just putting out music in my own name,” Mike says.

“I’m just diving full steam into that and hoping God keeps shining light on the path in front of me,” Jeff says. “The objective is to come off the road and spend more time at home.”

His 15 years with Tenth, though, were “an awesome journey.”

“I think Mike and I wanted it to end well and not just kind of dissolve,” Jeff says. “We wanted to plan it out and celebrate what God’s given us for more than a decade.”

Mike says he also is already writing new songs and is working on an outline for a new book as well.

“I’ve been writing songs with new friends and people, just sort of gathering content,” he says.

Through those years of working in Tenth Avenue North—named after an east-west road in West Palm Beach—and, previously, as a worship leader at a local church, Mike has had to come to terms with being well-known.

“It’s funny, because when I worked at a big church, I felt more famous than I do as a traveling musician,” he says. “I worked at a big church, and everyone in town knew who I was. In some ways, traveling around, you feel more like a gypsy as it were. A traveling entity. But for the times someone comes up to me at a coffee shop and goes, ‘Hey, I read your book’ or ‘I listened to your record’ or ‘I saw this thing of you online,’ it’s really wild, especially for musicians.

“It’s a little strange. My job is to humanize myself wherever anyone has idolized me, being vulnerable and being honest about my failures.”

“A lot of times I’ll watch different Christian celebrities, and they just always are ‘on’—always clean, always produced, always edited, always made up, and just looking perfect, sounding perfect,” Mike says. “In a way, I don’t think this really helps people. The Bible is really honest about its heroes. I think that’s why it’s so trustworthy, because it shows you every which way they’ve failed and screwed up. It takes a lot of pressure off when you can live honestly and openly. I think it actually helps people have more belief that the grace of God is for them when we who are in the spotlight are more honest about our own mistakes.”

Mike defines success as something other than fame.

“If I help anyone move out of shame through the music I’ve made and toward a belief that God loves them, that is absolute success,” he says. “Success for any of us is intimacy with God, but we try to hack the system by seeking fame. When you ask to be rich and famous, what you’re really asking for is to be known and loved. It’s like getting famous is a quick, easy way to do that.

“I remember praying that prayer when I was a theater major in high school: ‘God, make me famous for Your glory.’ Almost like God is going, ‘You know, you don’t realize this, but what you’re really asking is to be known and loved. If I answered your prayer, I wouldn’t actually be answering your prayer, because your prayer is something different than what you’re asking for, whether you know it or not.’”

Friendships help to keep his spirit in the right place.

“Obviously, I need deep friendships with people who don’t love me for what I’m going to do for them,” he says. “I need really honest friends who will tell me the truth about myself and who also will let me have space to feel and fail.”