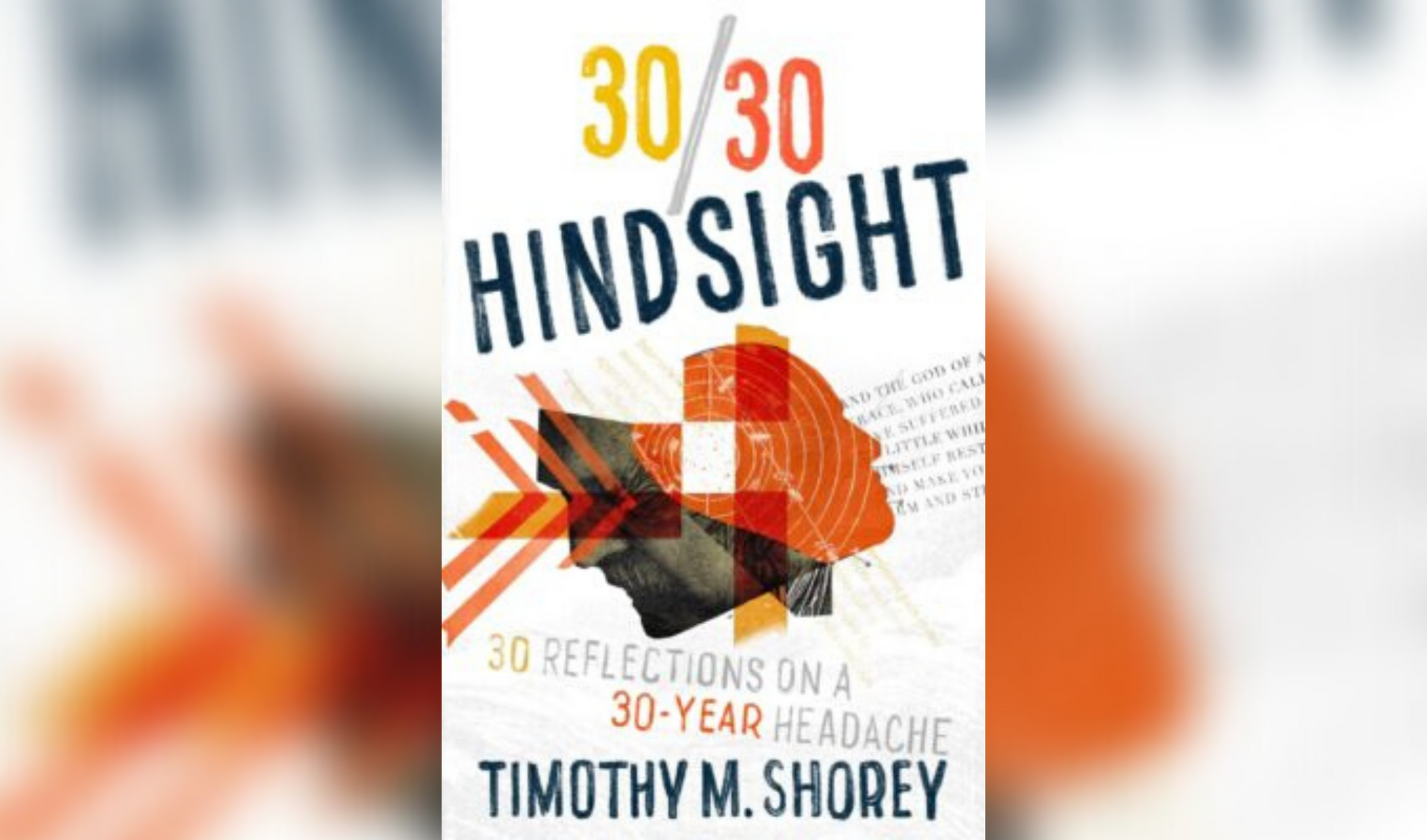 Reflection on a world-class headache

The following is by Samaritan Ministries member Tim Shorey, who is now in the 32nd year of a 24/7/365 headache. Afflicted over half his life ago with viral meningitis; he was left in perpetual pain. This reflection is from the book 30/30 Hindsight: 30 Reflections on a 30-Year Headache: 30 Reflections on a 30-Year Headache that he wrote to encourage others upon the completion of his 30th pain-filled year.

I was in a world-class headache hospital doing due diligence in pursuit of new (treatment) options, the latest being a nerve block. It was a little unnerving (pun, perhaps unforgivable, intended) when the doctor stuck a needle into my head, full of a Novocain equivalent. Then he repeated it—not once or twice or ten times, but as many as thirty times—creating a pronounced pin cushion effect. Adding to the surreal was the crunch my wife, Gayline, heard from across the room every time the needle pierced through whatever exists between skin and skull, a sound not unlike a pencil-point piercing Styrofoam.

But the result was overwhelming. As the Novocain effect took hold, my whole head went numb. For the first time in 22 years I was pain free. There. Was. No. Pain. I was stunned by the sensation; a release I cannot describe; a soaring exhilaration unlike anything I’ve ever felt before or since.

As Gayline and I wept for joy, I asked how long it would last. “Between 30 minutes and the rest of your life. Everybody’s different,” the doctor said. That turned tears into rivers. For the first time in 22 years I was pain free, and even better, I had hope that it would last. O the joy!

Before I finish my story, let me say this: probably the best way I can help you know how much my head hurts is to say that I would gladly receive that same 30-injection treatment every month if it’d give me that relief in between. Absolutely.

The problem is that there was no relief in between. Within 30 minutes the pain began to return. By the time we left the hospital it was back to my norm. And by the time we got home it was a 9.5 on a scale of 10. Then we wept again, as floodgates of lost hope opened up. We went from our highest happiest point to our lowest—in less than an hour.

I don’t share this for your pity. God has given me so much grace that I need no pity. Still, this might help you sense what chronic sufferers feel. High highs and low lows. Hopes raised and hopes dashed. Crazy remedies and crushing disappointments.

But what I most want you to see is what I saw: a glimpse of heaven. Revelation 21:4 reads differently now: ”He will wipe away every tear from their eyes, and death shall be no more, neither shall there be mourning, nor crying, nor pain anymore, for the former things have passed away.”

I now know what vanishing pain feels like. I’ve had a foretaste of Freedom Day, when an eternal pain release will happen in all who believe. My pin-cushion experience, however fleeting, has helped me look forward to “Then,” when, in a twinkling instant, all that makes us weep will be no more.

In addition to 30/30 Hindsight: 30 Reflections on a 30-Year Headache, Tim Shorey has written Respect the Image: Reflecting Human Worth in How We Listen and Talk, and Worship Worthy: Alliterative Adoration. His latest book, An ABC Prayer to Jesus: Praise for Hearts Both Young and Old, was published in March. Tim has been a pastor for more than 38 years and is married to Gayline, his wife of 42 years. They have six grown children and 13 grandchildren.