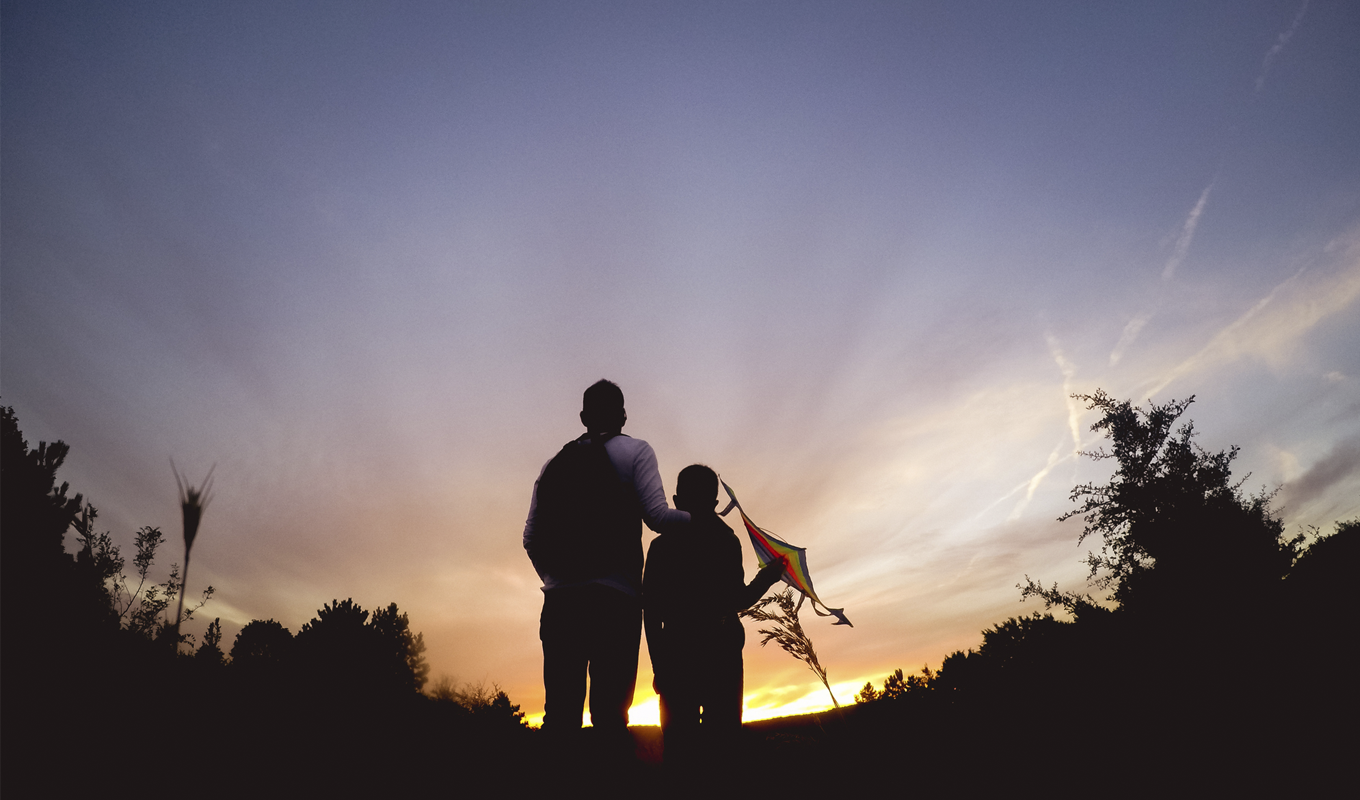 In 1 Thessalonians 2:11-12 the Apostle Paul said, “For you know how, like a father with his children, we exhorted each one of you and encouraged you and charged you to walk in a manner worthy of God, Who calls you into His own Kingdom and glory.”

In honor of Father’s Day this month, we’re sharing stories of staffers and the “spiritual fathers” who had a strong influence on their faith.

I imagine many people look on Father’s Day with a feeling of warmth as they take the day to celebrate the men in their lives who raised them, loved them, and pointed them to God and His Word. I wish that was my story, but in the heartache I’ve experienced, God’s grace intervened to make a new and wonderful story, even if it didn’t turn out as I expected or even hoped it to be.

My father was always busy with work when I was growing up and had very little time for us. I still remember cherishing the times we would spend fishing or playing soccer together. Times like those were scarce as he was a radiologist for a local hospital and nearly always on call.

When I was 9 years old, he left. He and my mother went through a divorce, and I didn’t know until later that he had been unfaithful multiple times and actually had initiated the divorce to leave my mother for another woman. This had a profound effect on me, but God had a plan.

We had attended a small-town church our whole lives, and I became friends with Trent (who to this day is still my best friend). His father, Ray, knew my mom’s situation and, whether consciously or not, he stepped in as a father figure and mentor. Their family became a second family for me.

I remember spending many days at Trent’s house, which I still call a second home, even in my adult life. Ray taught us both and raised me as the “sixth son who was kind of adopted.” This was especially humorous to me, as my family actually had adopted me straight from the hospital!

Ray’s guidance and wisdom helped me to grow in the Lord and His Word. He guided me through some of the toughest times in my life, even in just the past few years. Father’s Day does not look the same for everyone, but, through God’s grace, I do celebrate that day and take that time to thank the Lord for bringing a Godly mentor into my life, with as much wisdom and as many painful dad jokes as one could hope for.

Amber and her grandpa

My grandpa is so very important to me because I grew up without a father.

I am one of six kids. I grew up in the housing projects with my single mom and siblings. Mom tried the best she could.

My grandparents took me under their wings around the age of 7 years old. Around the age of 8, my grandpa saw my hunger for the Lord and started to teach me more about Him.

Growing up, my grandpa had strict rules about Sunday mornings. If we did not go to church, we had to wait until noon to watch TV or play our Gameboys.

He is my father in many ways. As I got older, we would bounce ideas off each other of what we think God was meaning for different Bible verses. We still do.

I would definitely say that I formed my idea of how God is a loving father through my relationship with my grandpa.

My grandpa doesn’t leave the house very much. But we never have seen him as different than anyone else. We just accept him the way he is.

God still used him in his hardship to help develop me, a kid from the projects. I have many more stories of how God used my grandparents to shape me into the woman of God I am today.

God can use anyone to train anyone. They just have to be obedient and step out in faith! You never know the callings of those around you!